Gathering those who fear they are not enough, so we may experience grace, wholeness, and renewal as God’s beloved.

The Justice Ministry works to dismantle unjust systems in order to restore God’s vision of justice and equality in the world.

Shout Out for Justice

Stand in silent witness with us as we raise our signs to sustain awareness of racial injustice toward Black lives and all People of Color. Join us from noon to 1 p.m. every other week along Broad Street in front of Falls Church Presbyterian Church. Contact Carol Luten for more information. 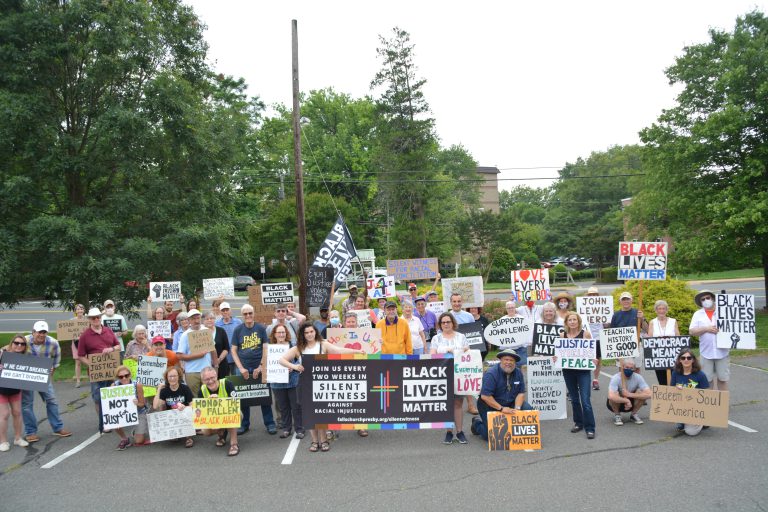 Shout Out for Justice

Join us for our quarterly Shout Out for Justice. These gatherings focus on a particular issue or event, such as Juneteenth, Indigenous Peoples’ Day, acknowledging systemic racism and our Muslim siblings in faith at the start of Ramadan, and honoring the Rev. Martin Luther King Jr. Learn more here. Join our mailing list for updates. 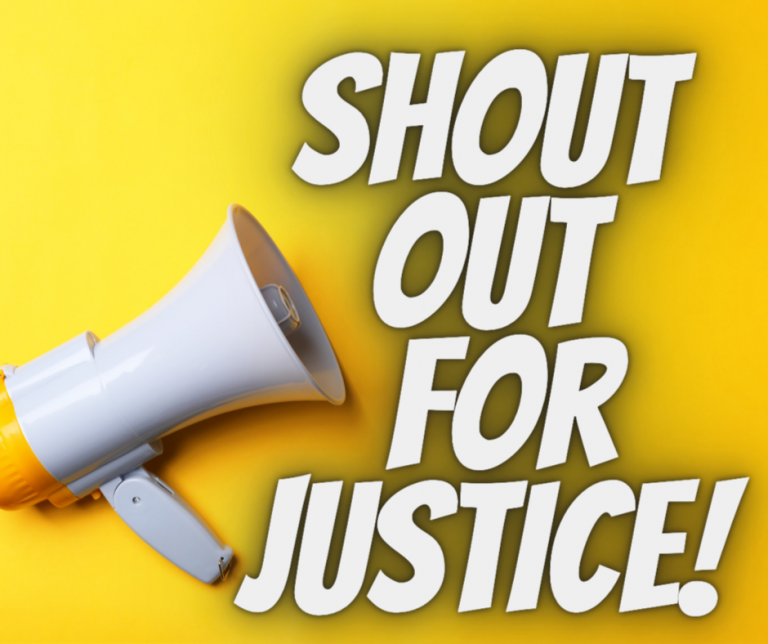 Want to get involved or stand with us at our next Shout Out for Justice event? Join our mailing list for updates.

Welcoming Falls Church is a partnership between the City of Falls Church and Catholic Charities of Arlington to welcome refugees to our area. Learn more here.

The Social Justice Committee of Falls Church and Vicinity

The Social Justice Committee of Falls Church and Vicinity is a network of community members, civic organizations and faith groups exploring how to create a local culture united in diversity. The Committee’s vision is to “honor the diversity reflected in the many faces of our one community” with a mission of engendering hope, respect and healing.
Learn more here. 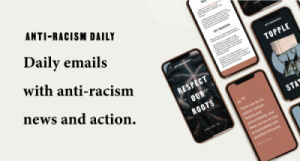 The Anti-Racism Daily is a media platform that provides education and actions to dismantle white supremacy. Through its daily newsletter, podcast, social media, and events, it rallies its audience to become more effective advocates for racial equity. Since its launch in June 2020, the organization has raised over $2.5M for community-based organizations and garnered a collective audience of 1M people. 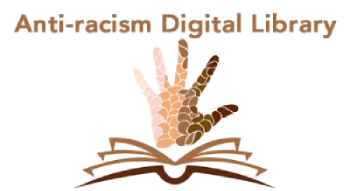 Louisville Seminary’s online anti-racism study takes approximately 90 minutes to complete and may be done individually or in small groups. Visit the Anti-racism Digital Library, curated by Louisville Presbyterian Theological Seminary, for more resources on people, groups, and projects who are building inclusive and caring communities.

The Doors Project is a display of Scripture across five doors, which originated at Annandale United Methodist Church (AUMC) in 2020. Artist Suzy Scollon was tasked with creating the artwork and display behind the message “Because Jesus is Lord, Black Lives are Sacred.” This is the message that through intention and hope is broadly shared among members of the faith community.

The Doors Project travels to and from different faith communities to share for an extended period of time. For additional background information on the Doors Project, please see this link: https://annandalechurch.com/blm-reflection2/ 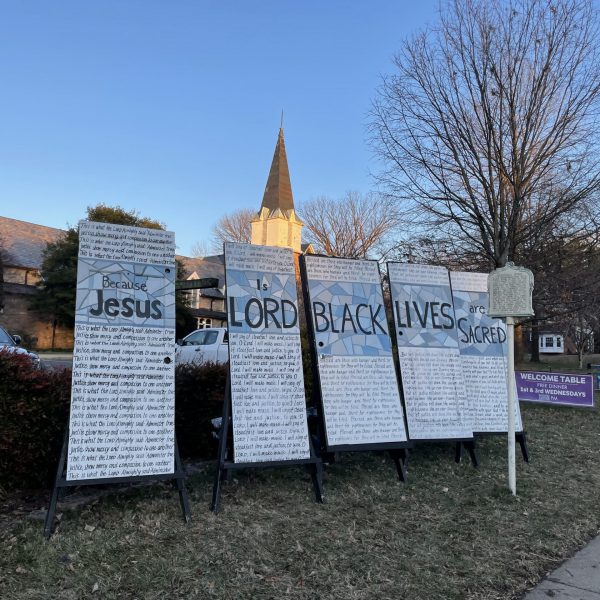 Looking for ways to support the fight against racism?

Here are some suggestions from our Justice Ministry Team

Caste: The Origins of Our Discontents, by Isabel Wilkerson 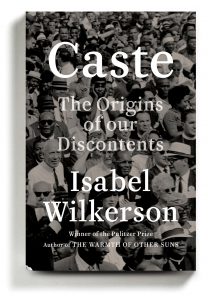 As Americans, when we hear the word caste, we automatically think of India. And yet, argues Pulitzer prize-winning author Isabel Wilkerson, a caste system built upon race has operated in the United States since before the founding of our country. Comparing our own social hierarchy with the societies of India and Nazi Germany, Wilkerson explores the eight pillars of caste that undergird such systems. She also reveals how the Nazi designers of the Jewish codes studied Jim Crow laws to develop their own system. And through achingly beautiful writing, her stories of living black, brown, or indigenous in America through the centuries provide the examples that undergird her argument. A must read!

The Healing Wisdom of Africa, by Malidoma Patrice Somé 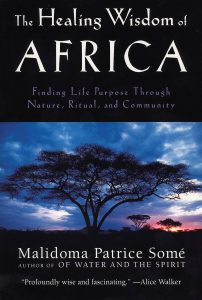 An important aspect of social justice is healing. Through The Healing Wisdom of Africa, readers come to understand that the life of indigenous and traditional people is a model for an intimate relationship with the natural world that surrounds us and is within us. Malidoma Patrice Somé conveys through storytelling and other literary devices that ritual in the indigenous world is aimed at producing healing, and the loss of such healing in the modern world might be responsible for the loss of community that we see. Making ritual a part of daily life helps rekindle the intensity that keeps us on the path of our purpose and reminds us of the interconnectedness we all share.

Deep in the Sahara, by Kelly Cunnane and Hoda Hadadi 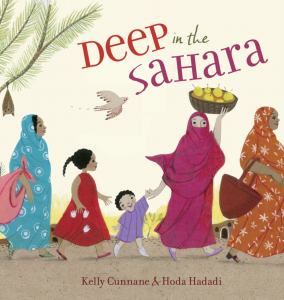 Lalla, living in the Muslim country of Mauritania, longs to understand the beautiful malafa worn by her mother. The young girl’s story unfolds as she discovers that the malafa is a symbol of faith not just beauty. It’s illustrations and poetic style are highly engaging and perfect for teaching young readers about other belief systems and cultures as well as the associated clothing. 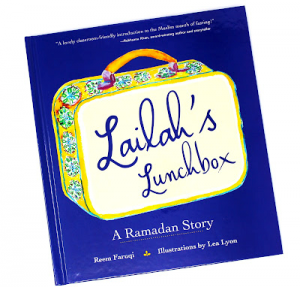 Recently having moved from Abu Dhabi to America Lailah is nervous about having to explain to her teacher and classmates why she is not having lunch with her friends. Lailah has been waiting a long time to be old enough to participate in this time honored celebration of fasting during Ramadan and she is both excited and nervous. This story walks the reader through Lailah’s first experience fasting with her family and finding kindness in her American teachers and classmates. It’s the perfect introduction to Ramadan for children.

In light of recent events, the Stated Clerk of the PC(USA) has issued a video statement about how important it is to fight against racist acts and end systemic racism. For more information see the original article. We cannot wait for another name to attach to these horrific events and we cannot continue to be idle.