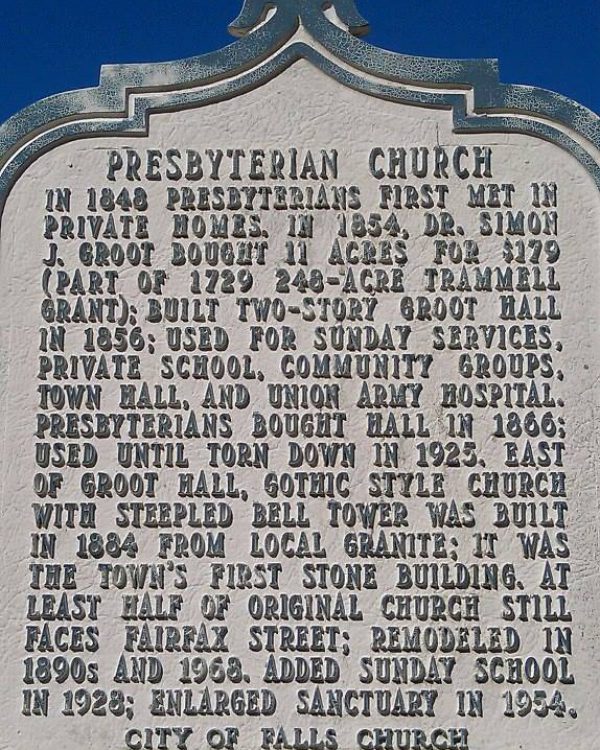 During the Civil War worship services were suspended and Groot Hall became a hospital. In 1866, the Presbyterian congregation was able to buy Groot Hall. In 1873, Presbyterians in Falls Church decided to become an independent congregation. Church Historian Ella Belz describes the scene before the congregation became independent: “Here they come—some on foot and others by horse and carriage—the consecrated pioneers who became the founders of the Presbyterian Church of Falls Church. The ladies, wearing bonnets and shawls, pinned neatly around their shoulders, daintily held their gowns off frozen ground as they crossed the dirt yard to the door of their church building and waited for the gentleman to join them after stabling the horses in the sheds behind the building.”

In the years that followed, FCPC was “mother congregation” to the Ballston Presbyterian Church (now First Presbyterian Church of Arlington). In 1884, the congregation also built the first stone building in the city. The building represented “the congregation’s idea of what a church ought to be and which would so attract the admiration of the people who saw it that their thoughts would instinctively turn to God.” During construction, the steeple for the new building was built out of wood on a Friday, to be covered with slate on the following Monday.  Over the intervening weekend, a heavy rain occurred and the green wood became wet, and as it dried became misshapen. Repairing the steeple was prohibitively expensive, and so the congregation decided to continue with the covering as it was (it is now covered in copper as a result of a later update). 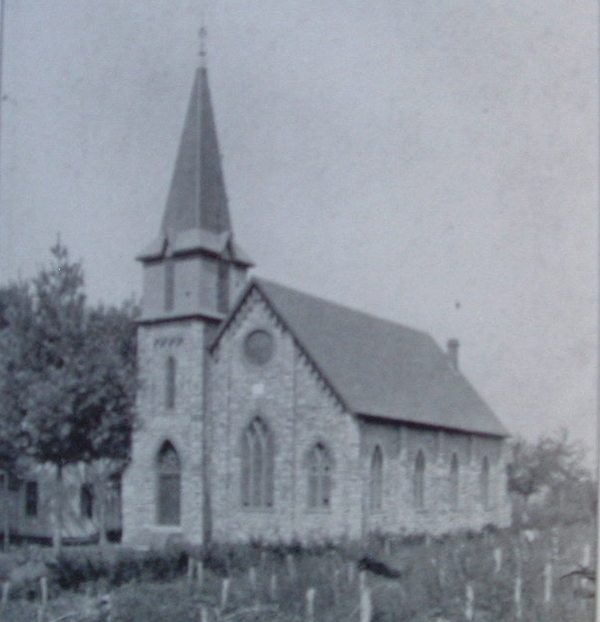 It is still possible to recognize the “twisted steeple,” which, in spite of its flaws and imperfections, has been a part of the church’s mission of lifting people’s thoughts to God. Maybe FCPC has always been about offering our imperfect selves to God, trusting that with God, it is enough.