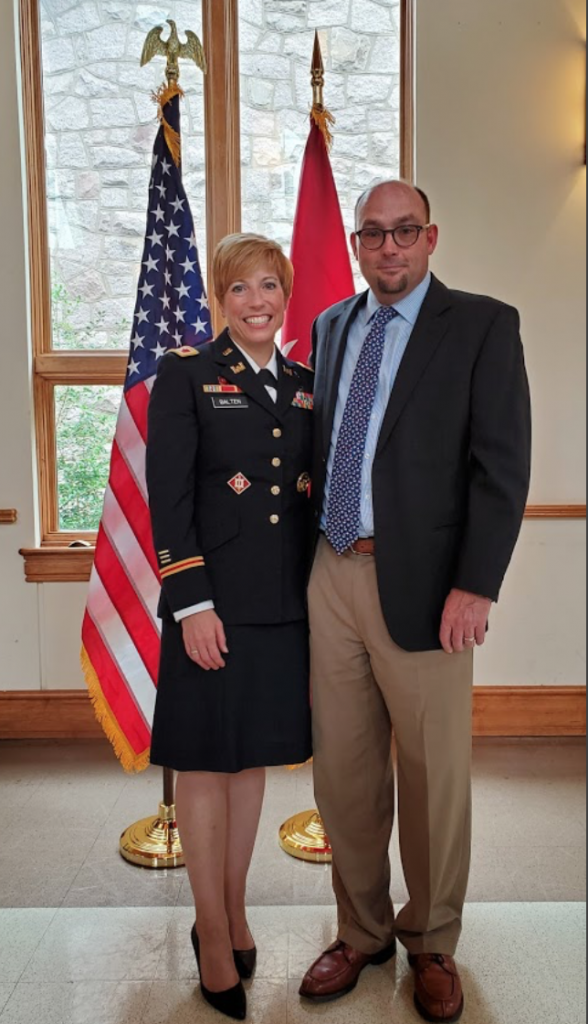 FCPC member Julie Balten, US Army, was promoted to the rank of Colonel during a ceremony hosted by The Honorable Jessica Garfola Wright, Major General, US Army, Ret., in Fellowship Hall on September 5th. Julie attended the US Military Academy at West Point and  was commissioned as a 2nd Lieutenant in 1997. Julie is married to Mike Vantzelfden, and together they are raising their grand-nephew, Kash (pictured with cake). 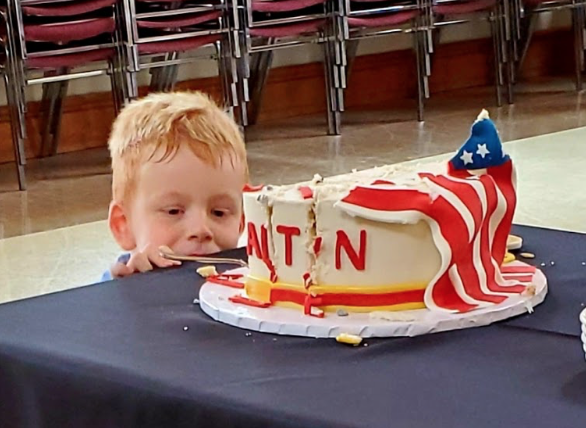